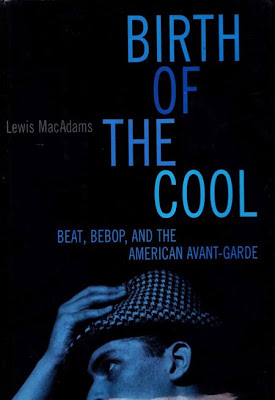 I wrote the last "Examples of Cool" almost two years ago. That's not because I haven't been thinking about more posts or even forgot them, but because really cool people (or things that people do) are rare by definition.

Before I pin down more examples of cool, let's take a closer look at what "cool" might actually mean: In the beautifully written book "Birth of the Cool" American poet-writer Lewis MacAdams traces the word back to its African origins and follows it all through Jazz, the Beat Generation and the wild 60's right into what's become "popular culuture" in the past three decades, when "Cool" sort of washed-out bit by bit.

The origins of "Cool" root in music, in drumming: Keeping one's cool means to keep the rhythm, not to let oneself get carried away (by ego) but to think of the music and only the music. Later "Cool" becomes opposed by "Heat". Heat means disorder, chaos, legal problems, drug problems - not being in charge, not being in control. A cool person is reliable and keeps control even if things start falling apart.

And yet another meaning is added: Cool needs faith. A person without a certain faith cannot be cool. One has to believe in oneself, in fate or in God (or all three of them) to be cool. In the end, cool is always related to action, like Marcel Duchamp cutting off a footlong piece of canvas of the painting "Stampede" by Jackson Pollock - just because it's too large for the wall in Peggy Guggenheims apartment - or like Jack Kerouac and Neal Cassady who traveled across the United States several times with no money at all and drank every image, every experience, every conversation they could get hold on.

Simply to look cool hasn't got much to do with it: Even Snoopy knows that. Right now I have at least two examples of cool in store. To be continued..