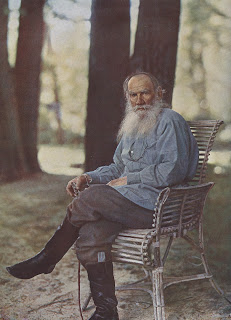 Leo Tolstoy (1828-1910) published Anna Karenina in serial newspaper installments from 1873-77. Which is why some people call it a soap opera. There may be parallels, but this book is much, much larger.

Famous writers like Dostoevsky, Nabokov and Faulkner called it "flawless" and "the best ever written". It's certainly worth reading. Here's a bunch of quotations in chronological order. You can get this translation for free at www.gutenberg.org.


* Happy families are all alike; every unhappy family is unhappy in its own way.


* Stepan Arkadyevitch liked his newspaper, as he did his cigar after dinner, for the slight fog it diffused in his brain.

* Having got rid of the staff captain's widow, Stepan Arkadyevitch took his hat and stopped to recollect whether he had forgotten anything. It appeared that he had forgotten nothing except what he wanted to forget—his wife.

* Spring is the time of plans and projects.

* She did not give up everything she had learned, but she became aware that she had deceived herself in supposing she could be what she wanted to be.

* And Sergey Ivanovitch carried the subject into the regions of philosophical history where Konstantin Levin could not follow him, and showed him all the incorrectness of his view.

* But [...] in getting to know thoroughly one's wife, if one loves her, as someone has said, one gets to know all women better than if one knew thousands of them.

* You despise public official work because you want the reality to be invariably corresponding all the while with the aim—and that's not how it is.

* "But how do schools help matters?" - "They give the peasant fresh wants."

* Levin had often noticed in discussions between the most intelligent people that after enormous efforts [...] the disputants finally arrived at being aware that what they had so long been struggling to prove to one another had long ago, from the beginning of the argument, been known to both, but that they liked different things, and would not define what they liked for fear of its being attacked.

* He felt now that he was not simply close to her, but that he did not know where he ended and she began.

* Altogether their honeymoon—that is to say, the month after their wedding—from which from tradition Levin expected so much, was not merely not a time of sweetness, but remained in the memories of both as the bitterest and most humiliating period in their lives. They both alike tried in later life to blot out from their memories all the monstrous, shameful incidents of that morbid period, when both were rarely in a normal frame of mind, both were rarely quite themselves. It was only in the third month of their married life, after their return from Moscow, where they had been staying for a month, that their life began to go more smoothly.

* But it is hard for anyone who is dissatisfied not to blame someone else, and especially the person nearest of all to him, for the ground of his dissatisfaction.

* He was sorry for her, and angry notwithstanding. He assured her of his love because he saw that this was the only means of soothing her, and he did not reproach her in words, but in his heart he reproached her.
* Respect was invented to cover the empty place where love should be. 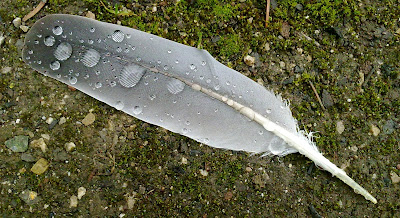 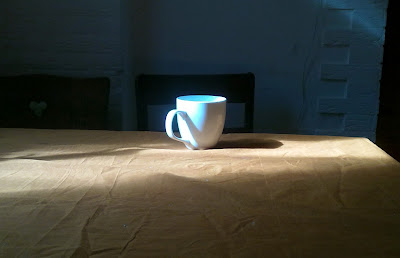 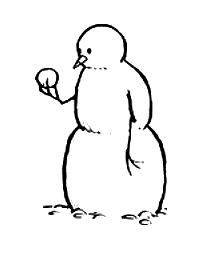 I'm a huge fan of Bill Watterson's Calvin and Hobbes. And specially of Calvin's craftmanship regarding snowmen. Here's great collection of wintery strips...

All day today snow fell in Cologne. I crossed the city by bike - I like riding across parks in the snow and I was thinking how as a child I always wished it to snow, so we could ride a sled or ... build a snowman. But it hardly ever snowed in my childhood - and if, it melted right away, which is why I'm probably among the top 100 world's lousiest snowman builders. Nothing like Calvin... 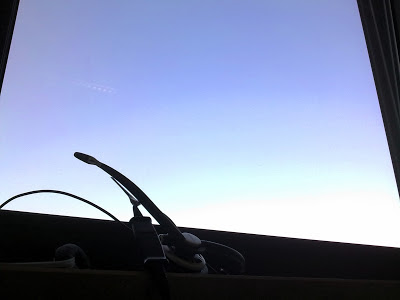